The following is a compendium of performance data for programs developed and administered by The Justice Education Center, Inc. These data were drawn from an array of performance and evaluation reports developed over the last few years. The data selected for inclusion provide a comprehensive picture of the Center’s program outcomes.

The Justice Education Center is committed to evaluating the effectiveness of these programs and using performance data for continuous improvement.

The Center also coordinates the Bias Crimes Diversion Program for the Connecticut Judicial Branch.  Unlike its other program initiatives, The Bias Crimes Diversion Program is a referral-based program which serves adults 18 years of age and over.  Once a referral is made, a 10 part curriculum is provided which focuses on changing the bias behaviors and attitudes of the client.

The Justice Education Center staffs the Eyewitness Identification Task Force.  In this capacity, The Center analyzes data on identification procedures used by Connecticut’s police departments in collaboration with the Police Officer Standards and Training Council. These identification policies and procedures are a part of a statewide reform package presented to the Connecticut General Assembly and signed into law in 2014.

The program performance data reported on the following pages are generally the most recent available. Some of the older data has been retained as it reveals more about the program that is not apparent from current data.

The Justice Education Center, Inc. coordinates an array of youth character development, career readiness and vocational training programs.  The following chart shows the number of participants served in each program in the most recent program year. 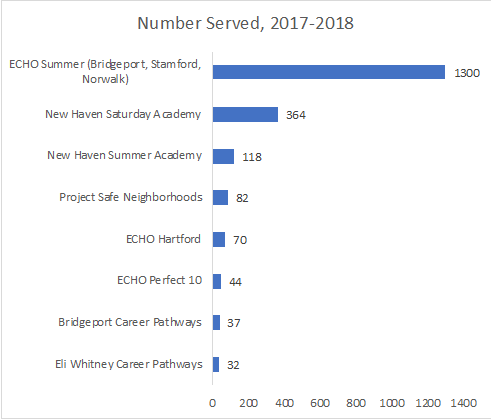 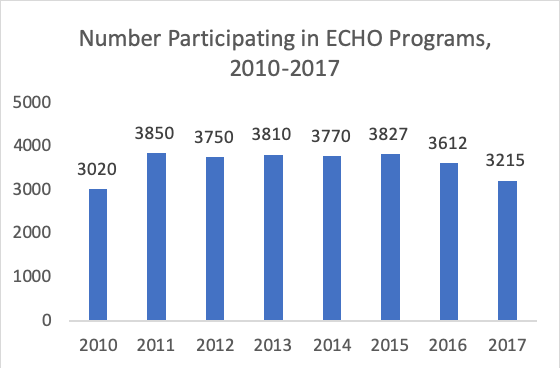 The above chart shows the number of participants in ECHO programs from 2010 to 2017.

A key component of ECHO is conveying core value messages in a safe environment. The vast majority of participants report that they feel safe while participating in ECHO. 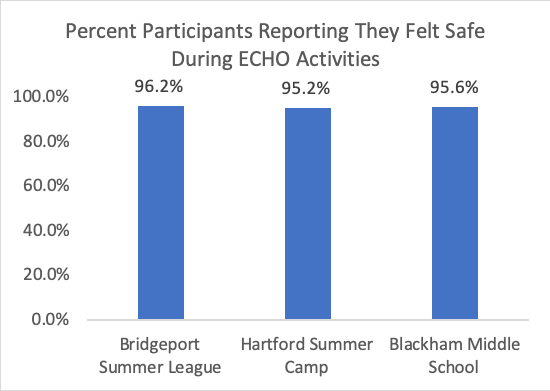 The career pathway programs operated in New Haven and Bridgeport provide work readiness, contextualized learning and vocational training, both during the school day (at Hillhouse High in New Haven) and after school (at Eli Whitney in New Haven, and Bassick and Bullard Havens in Bridgeport). 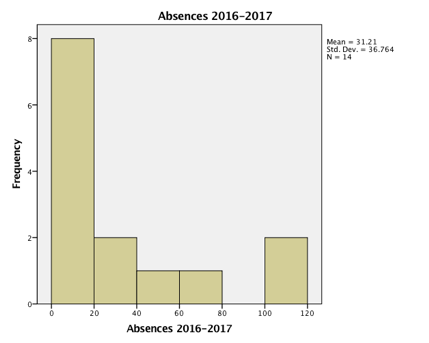 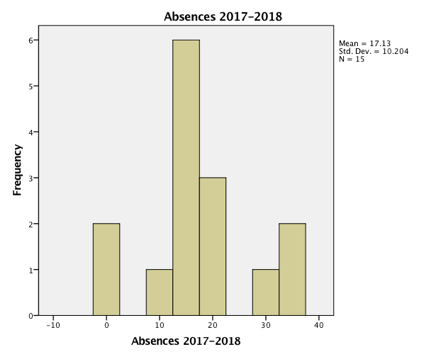 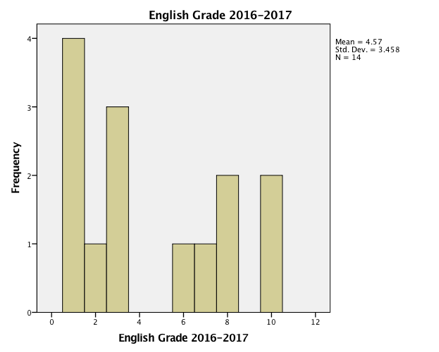 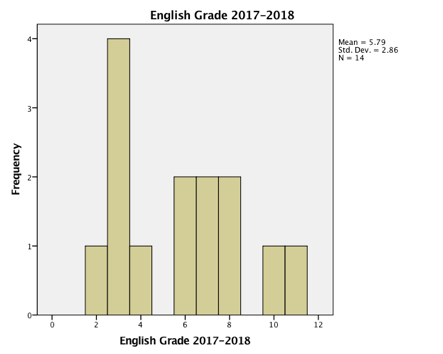 The New Haven Summer Academy program provides 6 weeks of credit recovery, work readiness, and pre-vocational certifications.  The intent of the program is to provide credit recovery opportunities and to serve as a gateway to school year Career Pathways programming as well as increasing academic success during the school year. 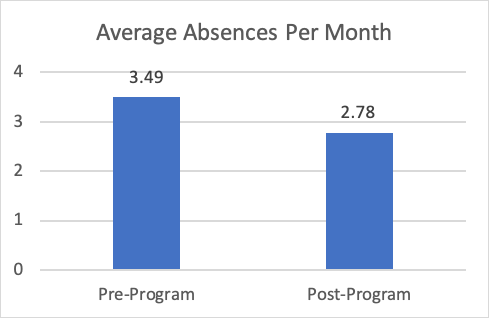 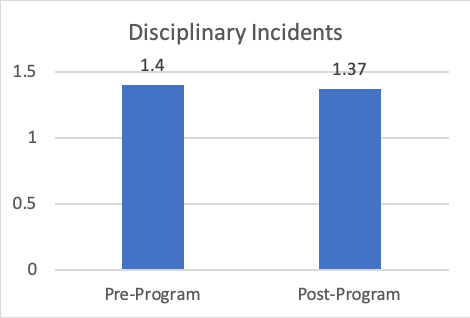 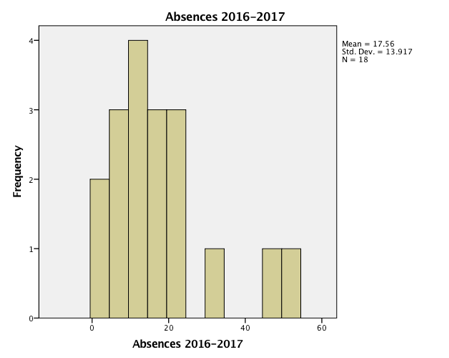 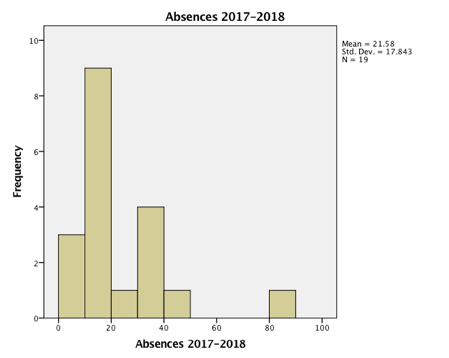 One hundred and forty-five (145) youth were recruited to take part in a PSN intervention designed to warn about the dangers of violent crime and gun possession, and provide subsequent services. On enrollment, 29 participants (20%) had justice involvement prior to enrolling in the program. Following the PSN intervention, the total number of youth with justice involvement since enrollment decreased to 11 participants (7.6%). A McNemar’s test determined that the difference in the proportion of justice involved youth pre- and post-intervention was statistically significant (p < .01).  Although these figures do not control for time at risk in the pre- and post-intervention periods (as well as other possible confounding factors), they suggest that participating youth benefited from the PSN 2016 intervention. In addition, arrest and adjudication figures in the 6 and 12-month time periods are relatively low, considering PSN youth typically are higher risk and need than the Connecticut youth population. 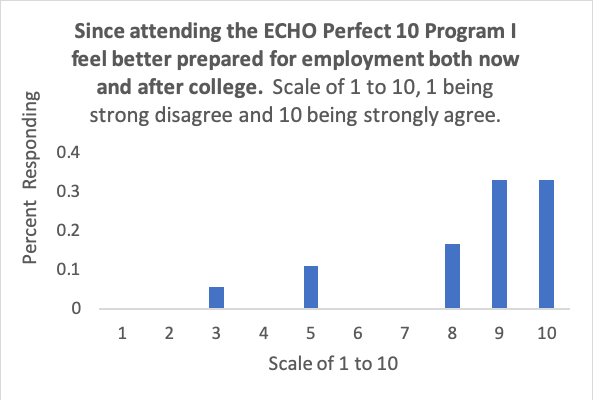 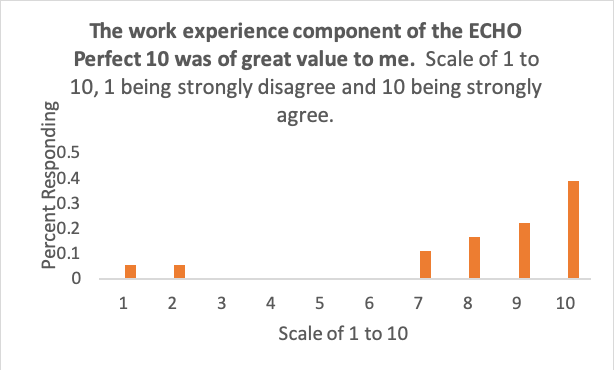